The reason I am the way I am 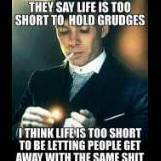 By LostinTexas,
April 17 in The Bored Room