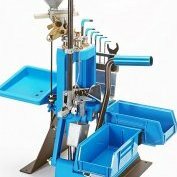 This is a club dedicated to the subtle art and exact science of ammunition loading and reloading. We have made this are a club, rather than just a forum, so that the reloading area could have more than one forum, if needed, its own photo gallery, its own Blog area and more. This is an open club and anyone who likes can join.